In a way, patents can be used for a fitting definition of innovation. Namely, the ideas that patents aim to protect are the innovations. In order for a patent to be granted it is necessary that the patented technology is new or a new combination of existing technologies. For example, a new tool that solves a problem is patentable, but also an existing tool used in a new way. Looking in a coroporate setting, innovation becomes one of those elusive qualities that can only be judged or observed after an event has occurred. Looking back at apple’s iPad, we can see that to some extent it revolutionized people’s interact with the internet. Looking at the current moment in time it’s hard to say what companies or organisations are innovative.

However, one of the prescriptions companies adopt in order to achieve innovativeness is by becoming ‘ambidextrous’. Being ambidextrous consists of finding the right balance between exploitation (using what a company knows to generate income) and exploration (trying to find new ways to generate income)1. For the remainder of this post I will simplify the exploration task as activities conducted by R&D.

What is needed for Innovation

Innovation requires resources as R&D costs time. But apart from these obvious requirements, there are also organizational implications of conducting these exploration activities. R&D is a fundamentally different from exploiting known knowledge. It has to be appraised in another way and it requires different qualities in employees. And above all, it has to be embedded within an organization in the right way.

As opposed to the pure exploitation activities, R&D output has to be appraised in a different way. R&D enable a company to generate income instead of generating it directly. This means that not only are the returns-on-investments more on the longer term, in addition these returns are most likely intertwined with the revenue generated by the exploitation divisions. This forces an organisation to decide what proportion of revenues from new products can be attributed to the R&D division.

A clear advantage of small-medium enterprises is the flexibility they have. New ideas can be adopted and spread through an entire company resulting in a relatively short time to market. This is an advantage over bigger companies, where new ideas (or even steps towards new ideas) will have to go up and down through organisational units in order to be exploited.

Having a network with (most likely) similarly dynamic and flexible companies, allows for an even quicker diffusion of the output of R&D.

Developing new ways of generating income is not an easy task. As the requirements described in one of the paragraphs above, significant resources need to be invested. All in all it becomes a risky endeavor. Expensive personnel is working with little to no output up to the point an actual innovation is made and adopted.

Especially in smaller companies that have little to no resources that can be dedicated to R&D, this is a risk. Because of their nature R&D activities are not very well suited to put down and pick up when economic pressure calls for that. Above that it is unclear how well suited employees in R&D can actually assist in the more exploitative activities.

Innovation brings insecurities with it. Up to the point that an innovation starts generating money, all efforts in research and development are pure costs. So companies that have revenue to spare are most suited for investing in innovation. Sadly this is not often the case for companies from the SME segment. Ideally innovation is done by a company with the revenue stream of a large company, but the flexibility of a small company, which can be reached through venture capital. Sadly this is not very common in Western European countries. 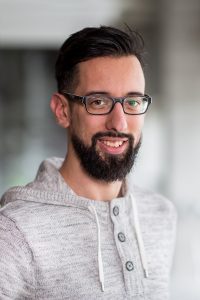